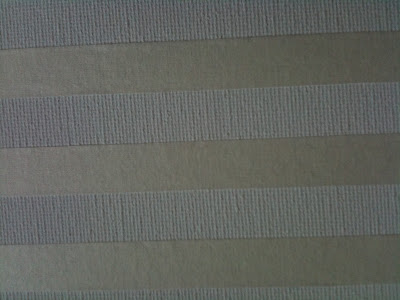 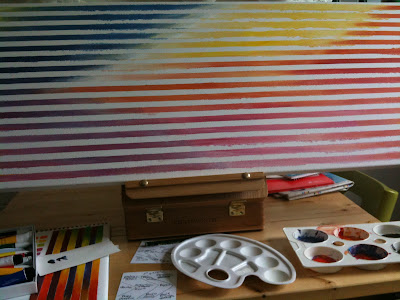 DIY Project 1 – Update
I finally decided to tackle the first of the October projects…about time! but the thought of using acrylics on a big white canvas was a bit daunting. I started out easily, just using thin paper tape to define each row and then started with the first wash of colours. The bottom part looks smoother than the top, where you can clearly see the changes in colours. Also, after removing the tape I realised some of the paint had moved under it….acrylics on a canvas definitely work differently than watercolours! I’m hoping to be able to rectify things with the second wash.
On another note: When I started the monthly projects plan I thought I was overloading myself with too many things to do and that at the end of the month I would have actually felt as nothing had been done. However, being almost at the end of the month, I’m quite pleased to have at least started the majority of the projects. I know I haven’t finished any yet, but this way I can jump from one thing to another without ever getting bored.