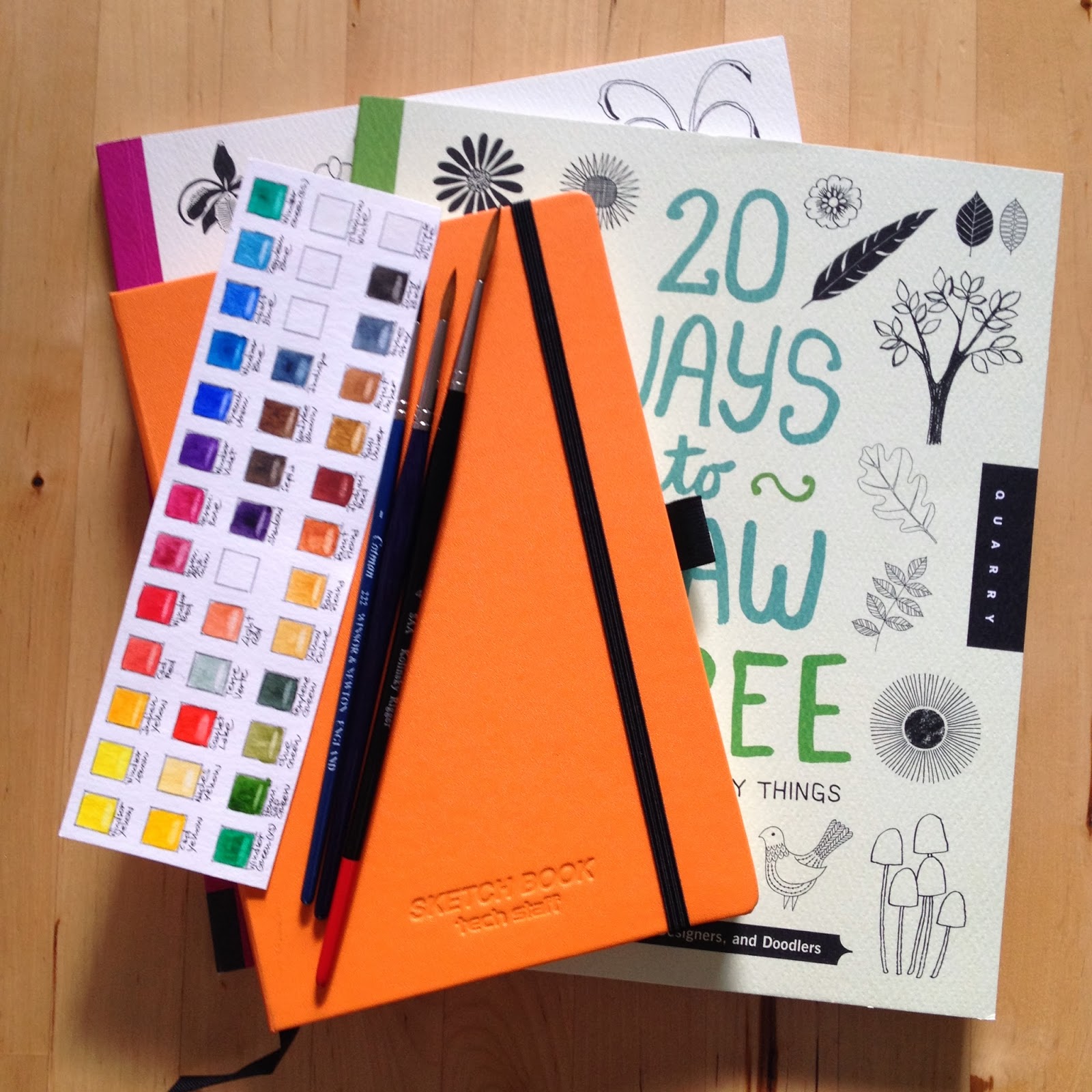 Despite the numerous unfinished sketchbooks, this January I started a new one. I had a new project in mind, and the current deal “no new sketchbooks until all the others are completed” wasn’t really motivating me anymore, if not holding back my creativity.

Moreover, my brother and his girlfriend bought me a new sketchbook this past Christmas, so really that was just an excuse to use it! 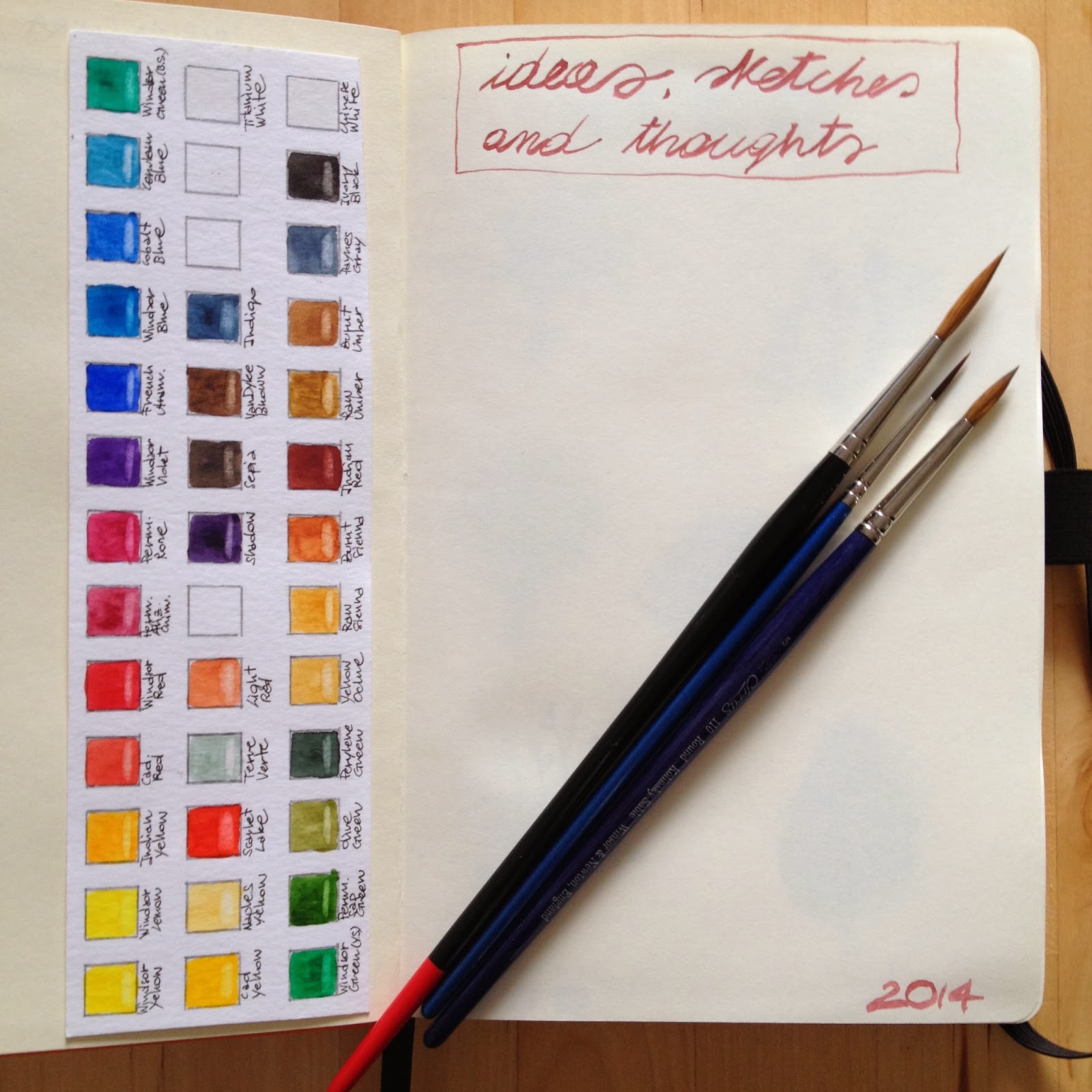 I’ve also decided to start labelling my sketchbooks. At first I thought of numbering them all, including completed and unfinished ones, but as I’m giving myself a new start this year, I went for starting afresh and begin from #1.

I’ve written a bit about this little project before (here), but I will be using Sketchbook #1 for themed drawings/illustrations/watercolours, mainly taken from two little books I recently bought: 20 ways to draw a tree and 20 ways to draw a tulip. 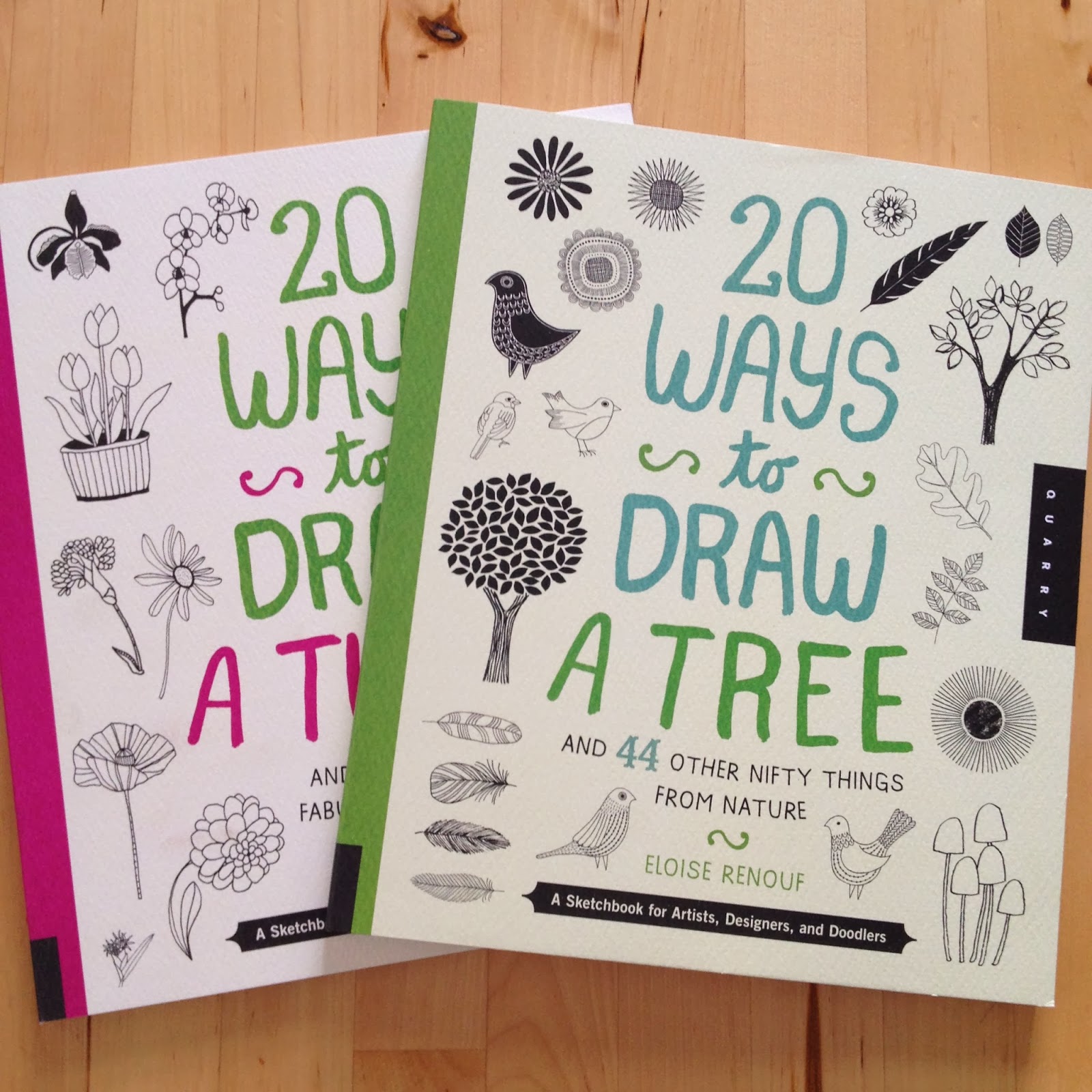 Over the past month, I focused on trees shapes and illustrations, covering various styles and seasonal palettes. The idea is to get practising on nature subjects that I like, and to make a painting at the end of the month using what I’ve learned. 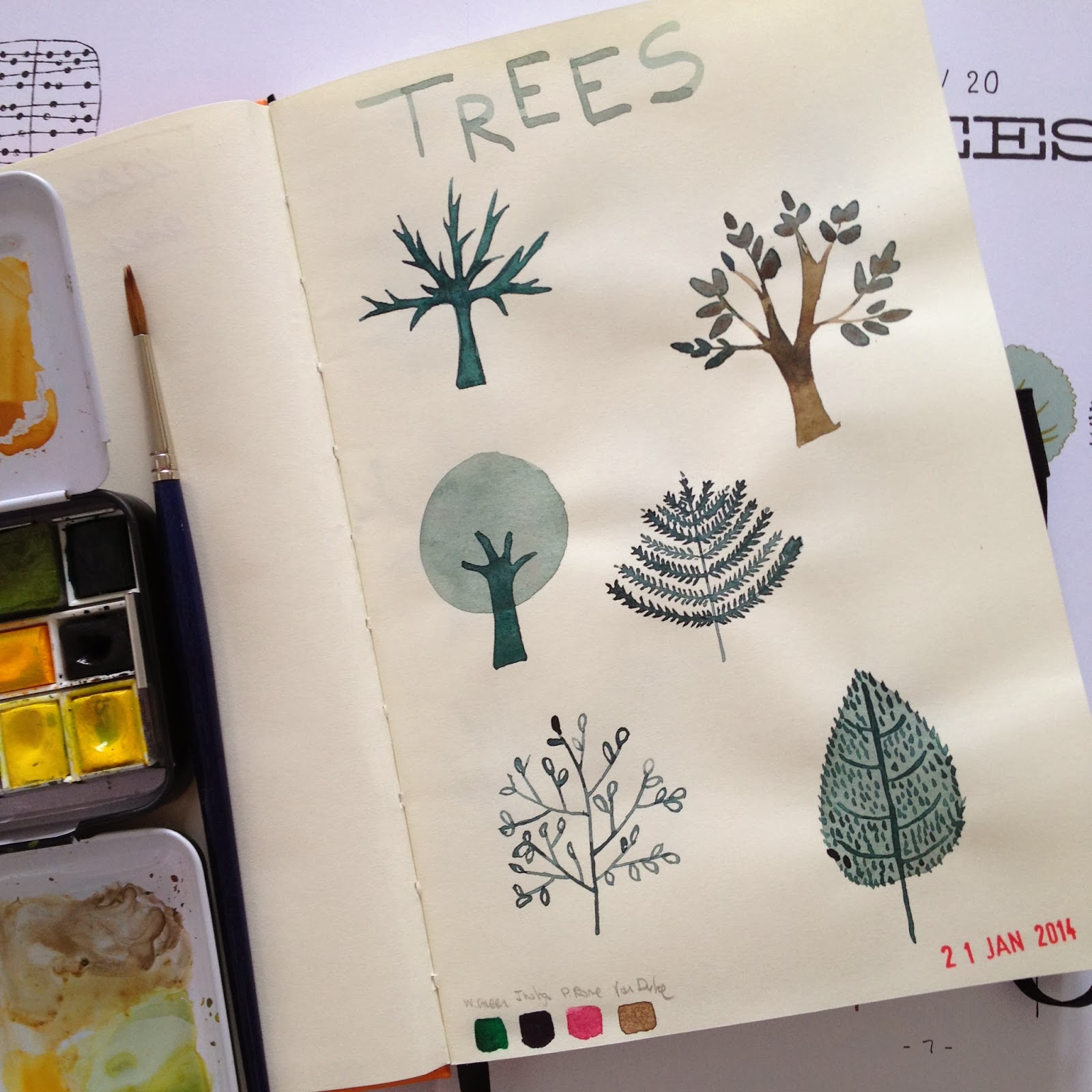 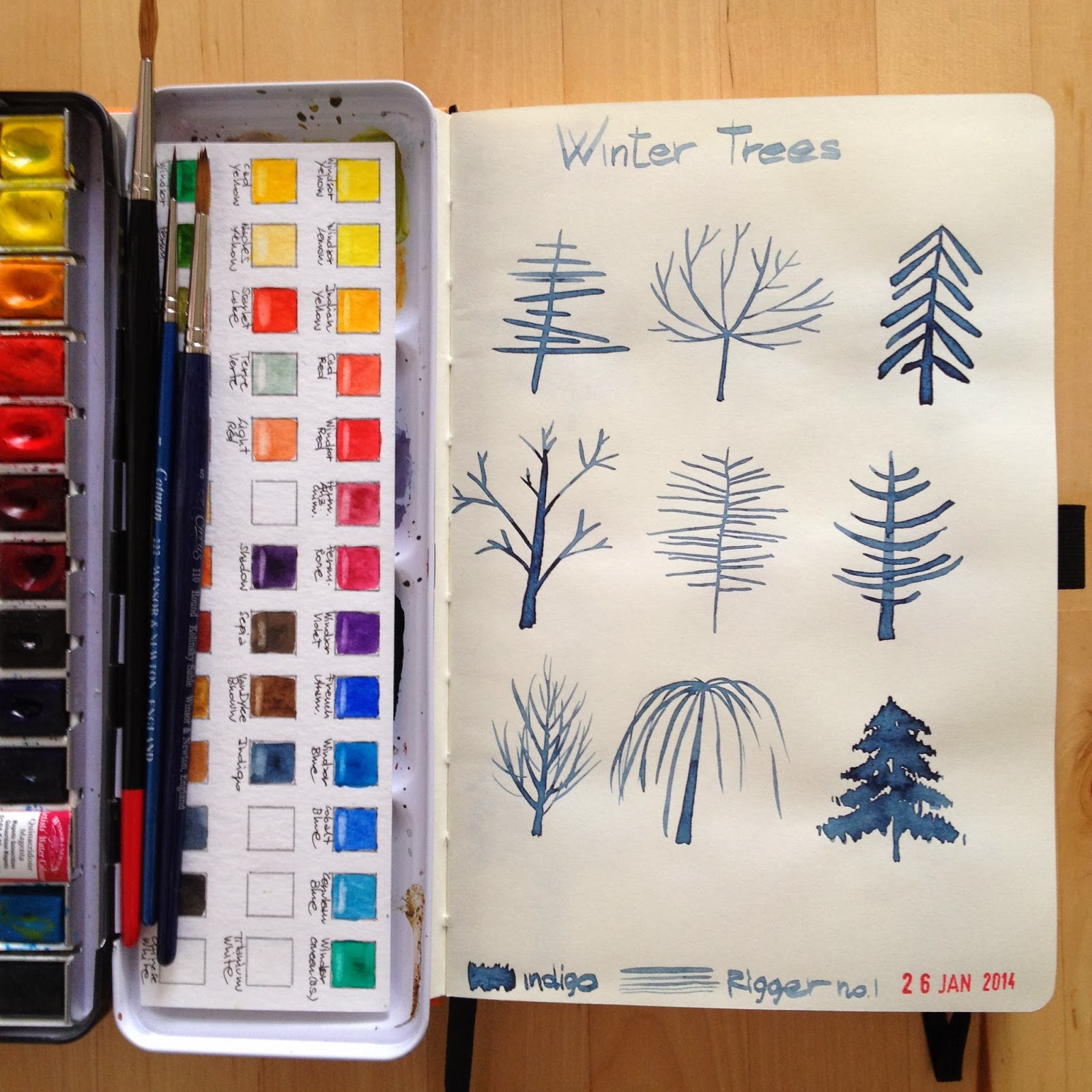 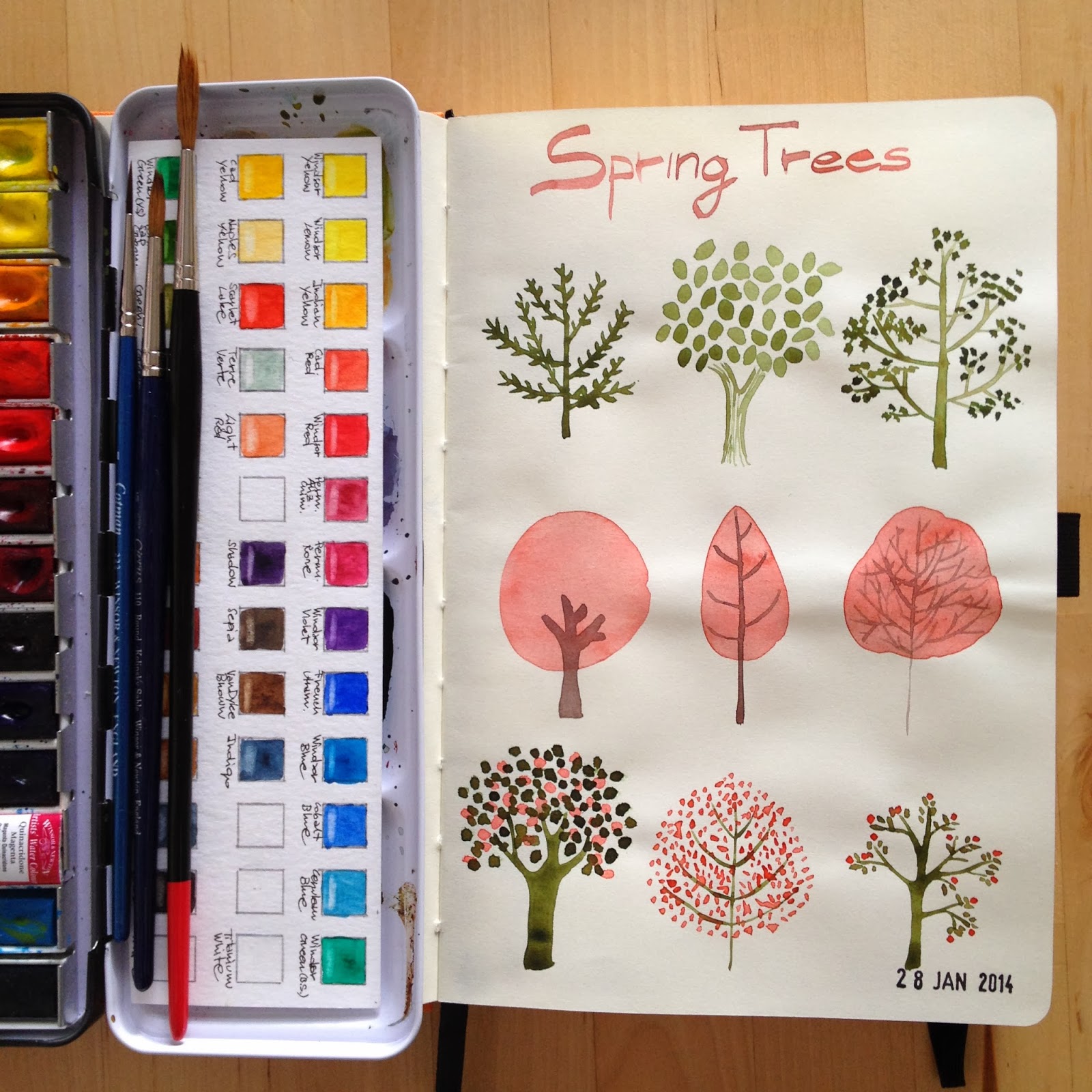 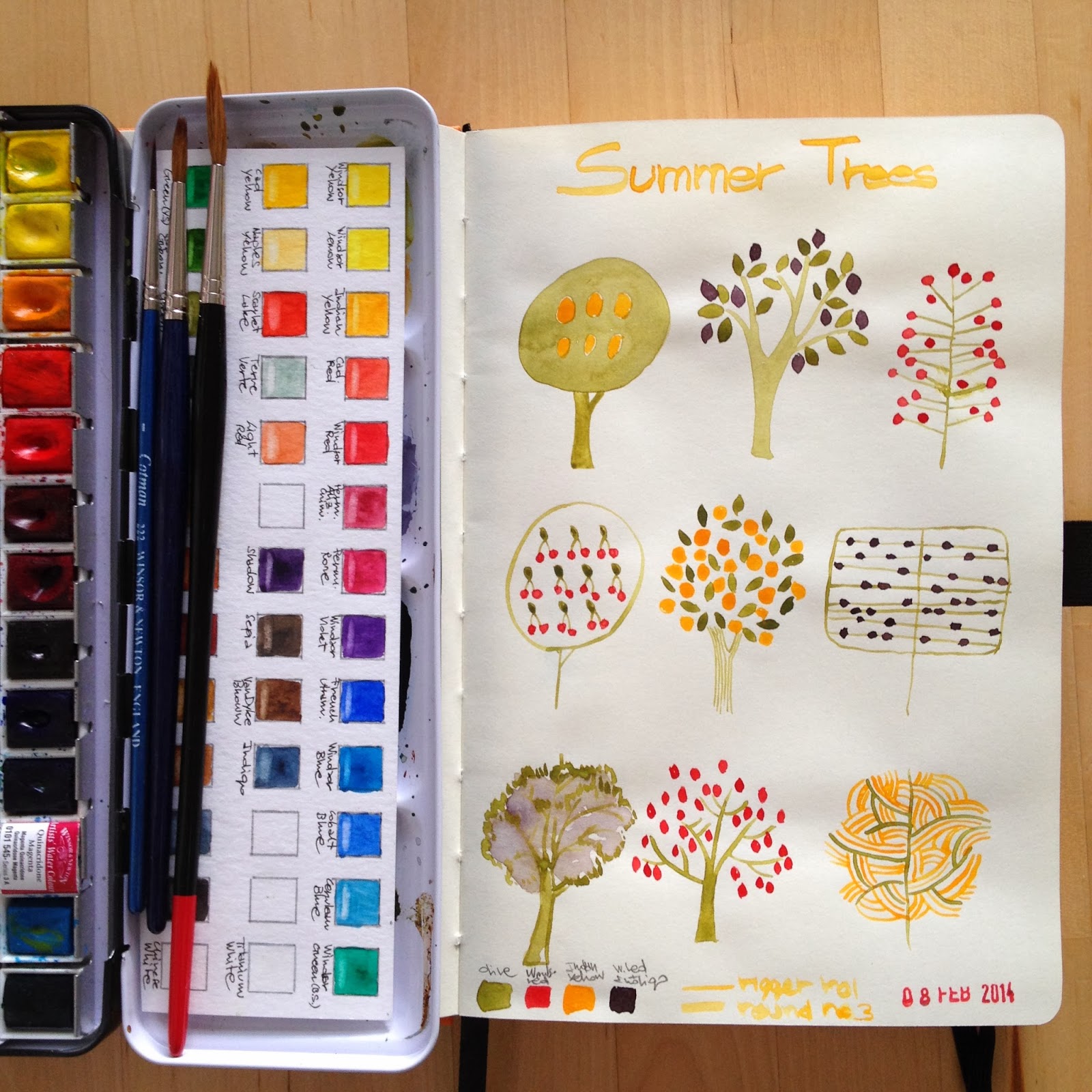 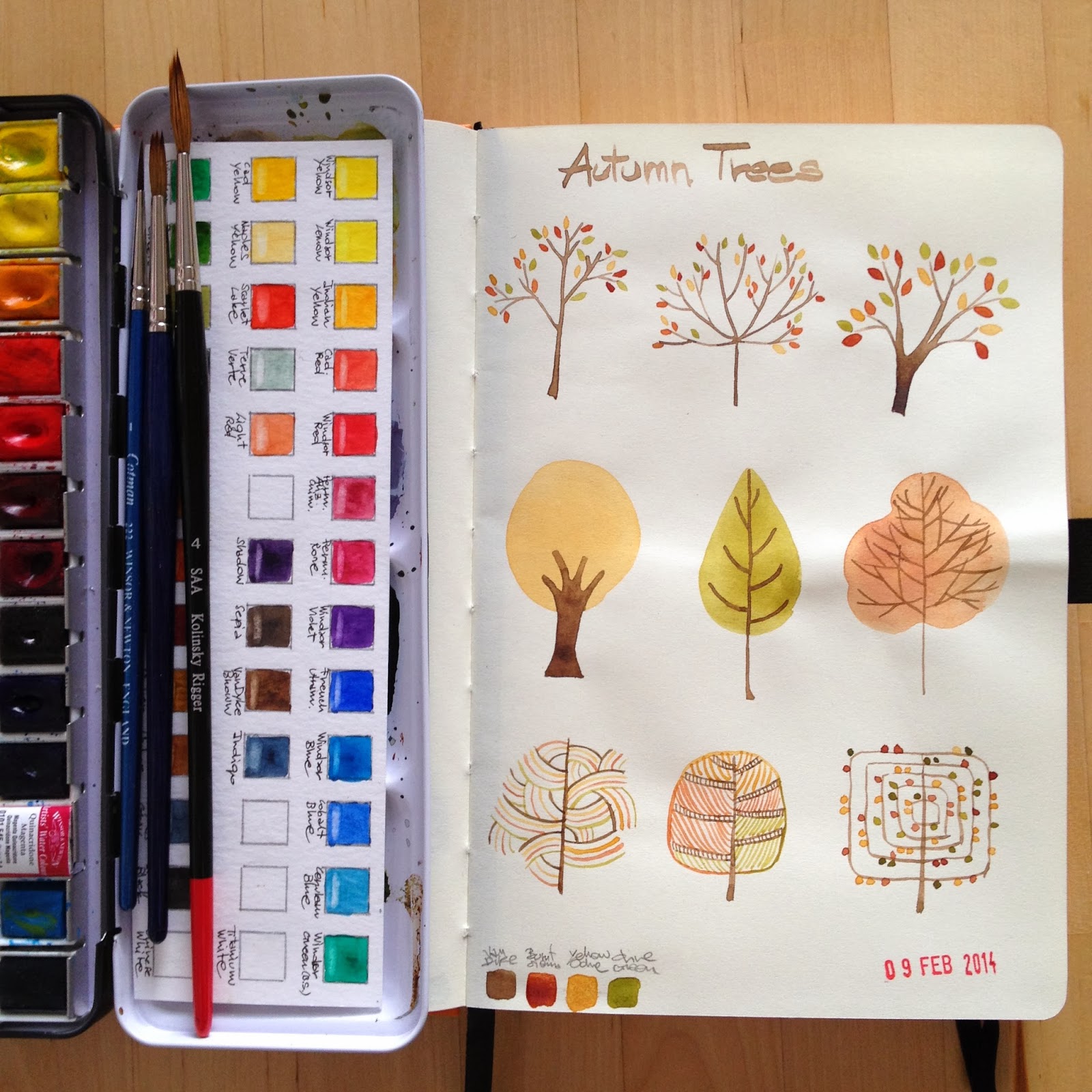 I’m still drawing sketches for the final piece, but given the fact that I don’t have much spare time to paint, I want to make sure that I’m actually creating something that I like, rather something just because.
This month I will be focusing on flower bulbs. The subject is actually not covered in any of the books I mentioned above, but I was really inspired after seeing my flower bulbs starting to sprout. And I already have a plan for the final painting. It is true when people say the more you create, the more you get inspired!