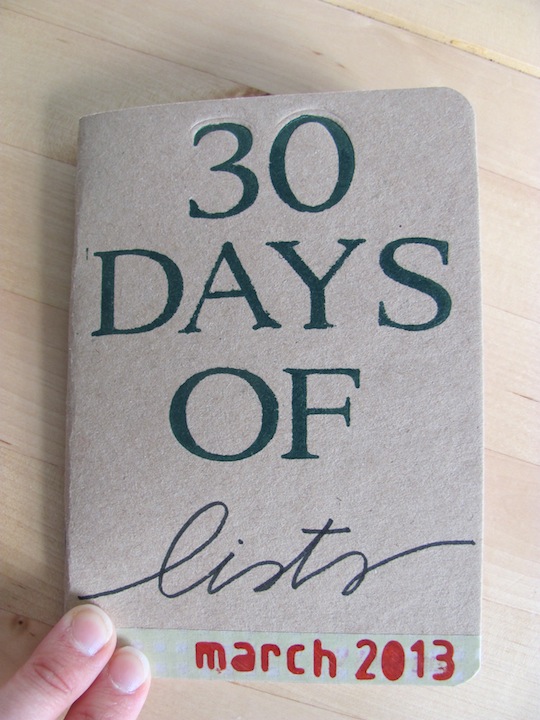 And so another challenge begins! 30 days of lists is a simple way of scrapbooking/journaling, an excuse to make something easy everyday, easy as a simple list. I only discovered #30lists last Sunday, almost accidentally on twitter, and signed up for it straight away. I was intrigued, I never thought you could use some creativity in making lists. I’m not very good at writing, in general, but making lists? everyone can make a list, from grocery shopping lists to ‘to-do’ lists. And so here I am. 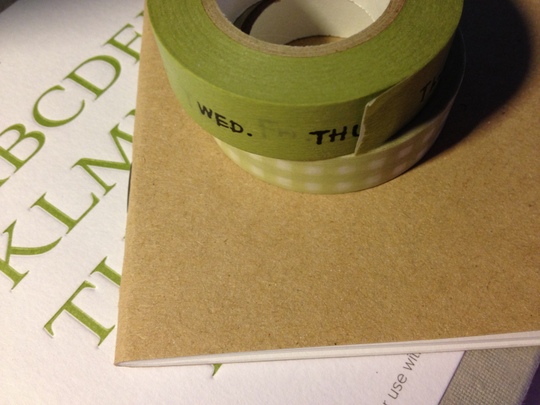 The actual challenge starts tomorrow; Amy and Kam, the creators of #30lists, will publish a daily list prompt, starting 1st March. Everyday I will have a list to make,  which I will be writing down in my  personalised little notebook.

I spent this week prepping for it. I used a small A6 sketchbook. The recycled cover was ideal for  adding the title. I used this L letterpress printing plates and this dark green ink to stamp ’30 days of’. The idea was to use the Epic tool to letterpress part of the title, but the sketchbook was too thick to go trough the press, so I ended up with a partially letterpressed, mostly stamped title. I added the word ‘lists’ using a simple black felted tip pen, after practicing at least 10 times on some scrap paper. I added a strip of washi tape at the bottom of the sketchbook (from cover to cover) to cover up my failed attempt of stamping the date. I then used some stencils and a red felted tip pen to write down ‘march 2013’. 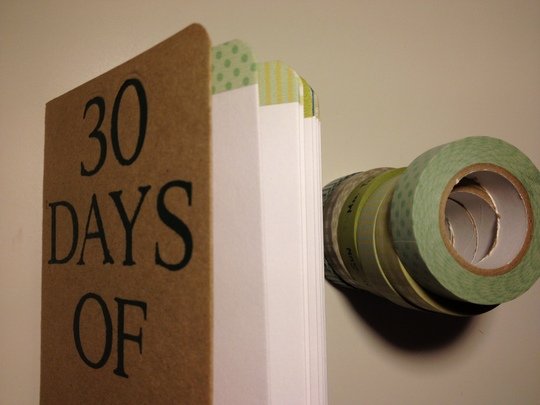 The sketchbook contains 32 blank pages, each page was embellished with a strip of washi tape at the top. I used a total of 6 different tapes, mainly green shades, and I alternated them through the sketchbook.

As there will be 30 lists, one for each day, I created 30 numbers, one for each page (I know there will be two spare pages, but I haven’t decided what to do with them, yet!). I die-cut 30 circles from some scrap paper with a dark grey beehive motif and stencilled the numbers using three different shades of greens from this set. 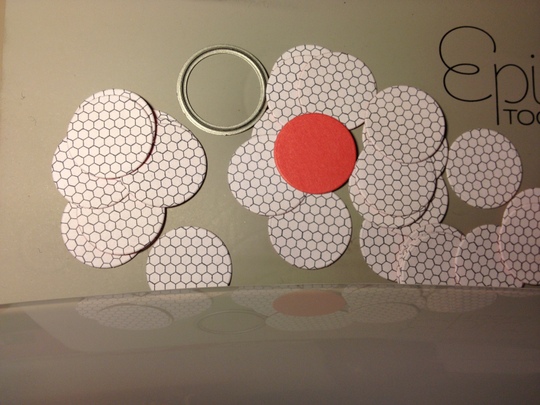 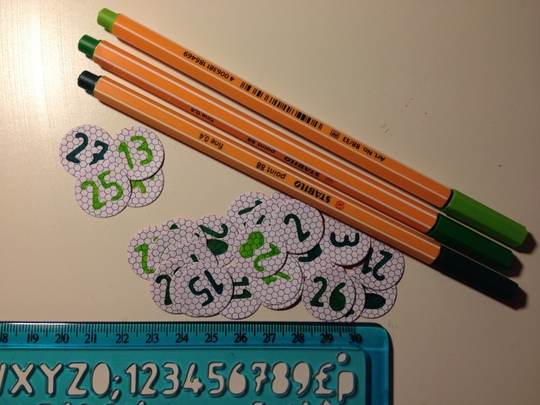 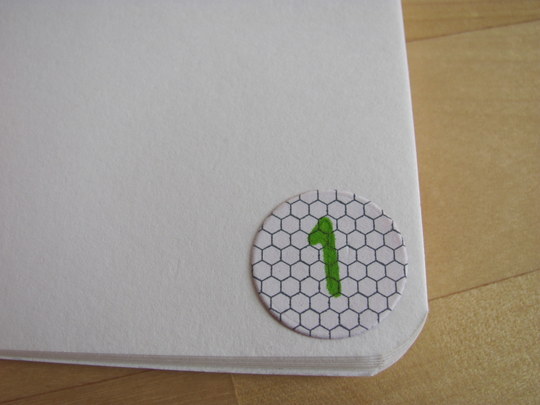 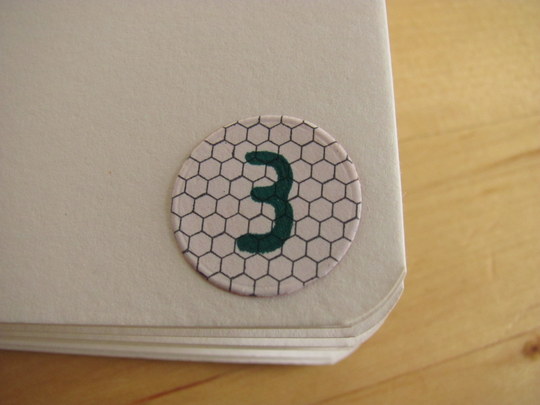 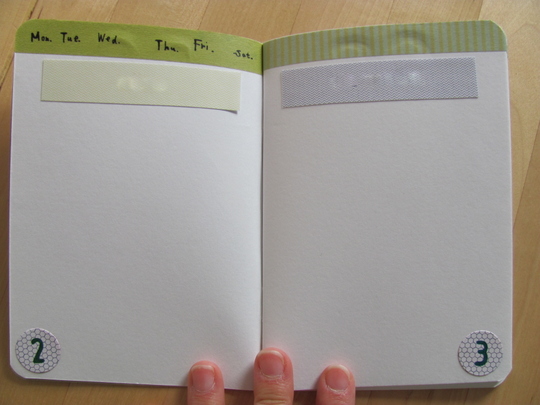 I decided to print out the list prompts in advance, as I won’t be able to do it every day, and didn’t feel like handwriting it. I couldn’t decide on a specific colour for the background, so I used a chevron pattern in green, yellow and grey and different shades of grey for the font (which is Arial bold).

I’m quite happy with the overall results so far, considering the very short amount of time I had to plan it, resource it and actually make it.
Due to the almost exact number of pages needed, I’m not planning to add any photo, but it would have actually been a good idea, if not a bit too time consuming for me…I will keep this thought for the next 30 days of lists.
I feel like I did play safe with it, it doesn’t really stand out compared with what I’ve seen here, but it’s very me and I might improve it as I go along with the challenge. 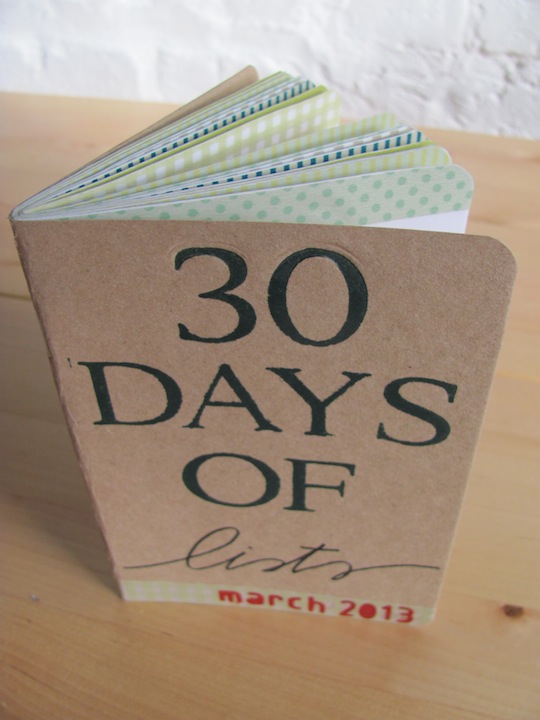 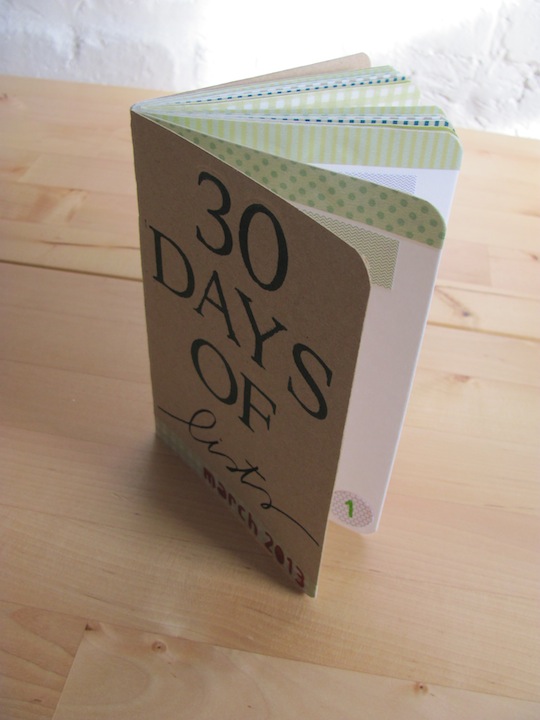 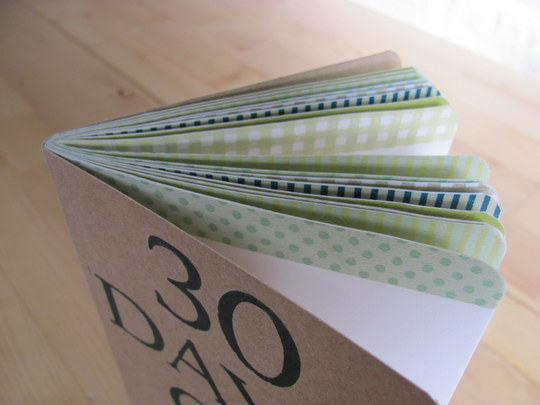 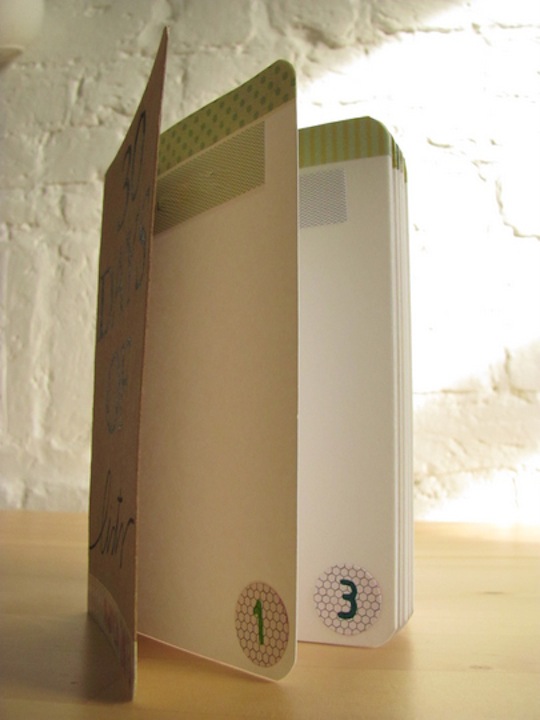 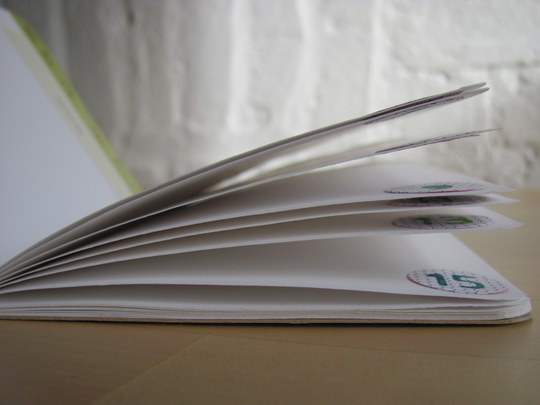 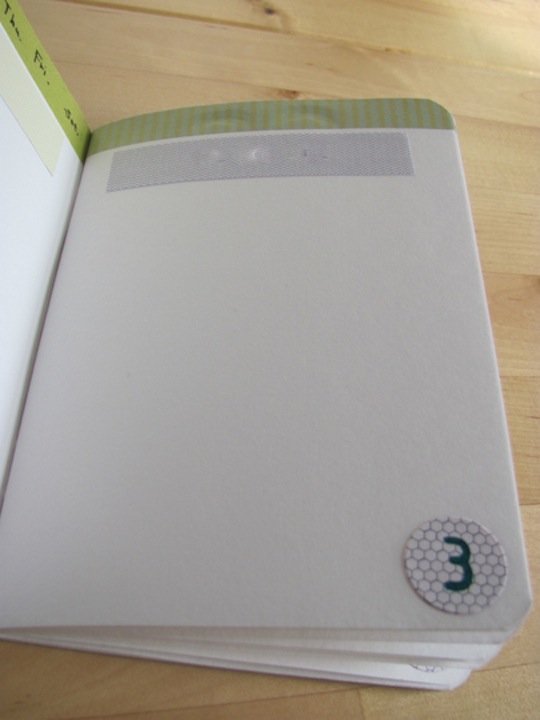 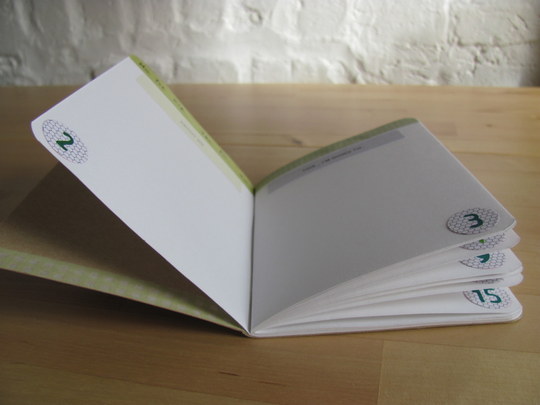 My plan is to post the daily list at the end of each day, starting tomorrow. All the completed 30 lists will be under the ’30 days of lists’ image on the right side (under ‘PROJECTS’).
Happy listing!